Middleton Place is open daily 9:00 am- 5:00 pm. The Edmondston-Alston House will be closed February 1-10 for annual maintenance. Cocktails and Camellias Tickets are available here. 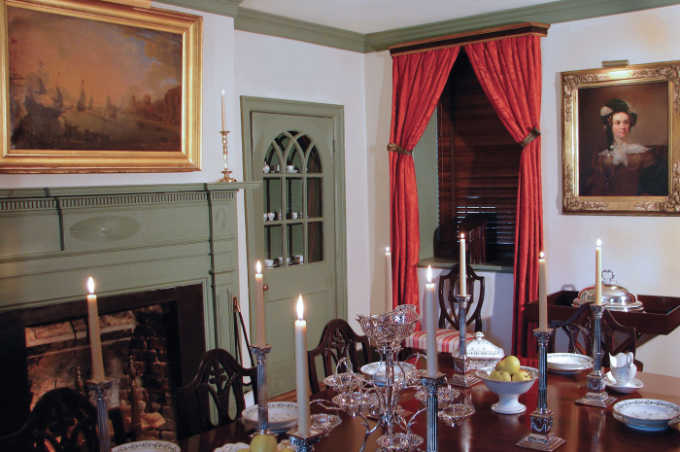 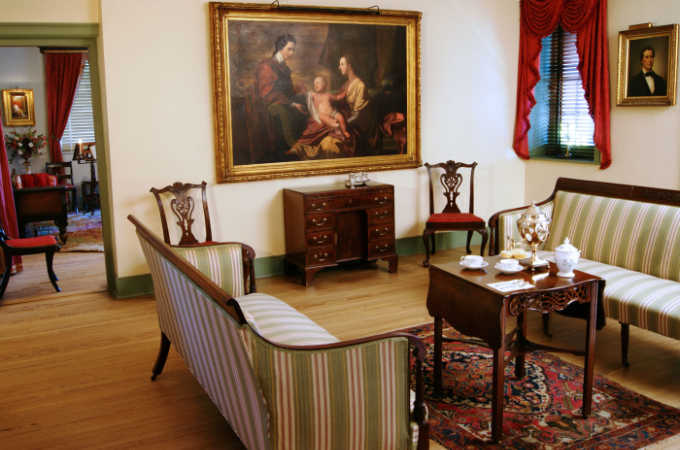 Inside The South Flanker

The South Flanker, today's House Museum, was built in 1755 as gentlemen's guest quarters and a business office. Together with the North Flanker – a library, musical conservatory and art gallery – it completed Henry Middleton's overall grand design. The South Flanker is a surviving portion of the three-building residential complex that once stood overlooking the Ashley River.

Step Back In Time

Both flankers, along with the main house, were burned by Union troops in February, 1865, just two months before the end of the Civil War. The South Flanker was the least damaged of the three buildings and repairs to it began in 1869 and included a new roof, Dutch gable ends and an entry hall leading from the Greensward. Thus strengthened, the South Flanker survived Charleston's Great Earthquake in 1886 that brought down the gutted walls of the other residential buildings. By 1870 the Middletons had returned to live again at Middleton Place and the South Flanker continued to serve subsequent generations until becoming a House Museum in 1975.

Self-guided tours of the House Museum introduce visitors to the men, women and children who made Middleton Place their home for over three centuries, including not only the Middleton family, but also the enslaved people and freedmen who served them. The story is interpreted through an extraordinary collection of original portraits, furniture, silver, china, documents and other objects that belonged to and were used by family members. Portraits by Benjamin West and Thomas Sully; fine Charleston and London-made silver; a pre-revolutionary breakfast table made by Thomas Elfe, Charleston's most celebrated cabinetmaker; a rare facsimile copy on silk of the Declaration of Independence, and first edition works by Mark Catesby, John James Audubon and other significant artists and authors reflect the interests, tastes and resources of the Middleton family. 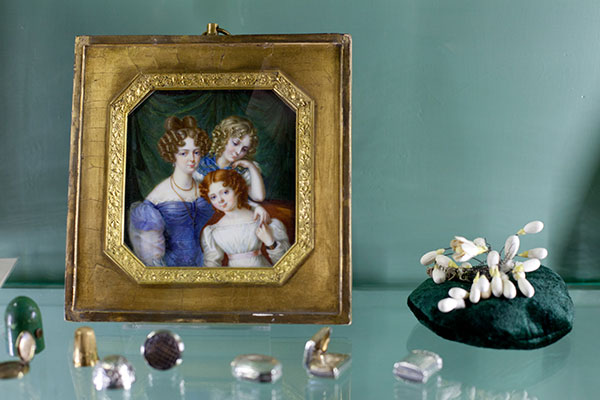 Explore the generations of Middleton family, learn about the lives of the enslaved and freedmen, meet working heritage breeds and more.

Henry Middleton, the second son of Arthur Middleton and Sarah Amory, was born near Goose Creek on the original land grant received by his grandfather Edward, who emigrated from England via Barbados. When his father died in 1737, twenty-year-old Henry inherited his home place, The Oaks in St. James Parish, and another 1600 acres of land on the Cooper River.

Arthur Middleton was born at Middleton Place on June 26, 1742, the first-born child of Henry and Mary Williams Middleton. At the age of twelve he was sent to school in England, accompanying his Uncle William and his family when the latter emigrated there. He attended Harrow, Westminster School, Trinity College at Cambridge before being admitted to Middle Temple to study law.

Henry Middleton, rice planter, politician and diplomat, was born in London, September 28, 1770, the son of Mary Izard and Arthur Middleton. As a young man, he traveled extensively in England and on the European continent before embarking on a political career as South Carolina Governor, U.S. Congressman and Minister Plenipotentiary to the Court of St. Petersburg.

Williams Middleton was the fifth son of Mary Helen Hering and Governor Henry Middleton. Born in 1809 on Sullivan’s Island, South Carolina, Williams attended school in England and then Paris when his parents and two older sisters went to Russia in 1820. He later joined his parents in St. Petersburg where he served as his father’s secretary in the U.S. legation.